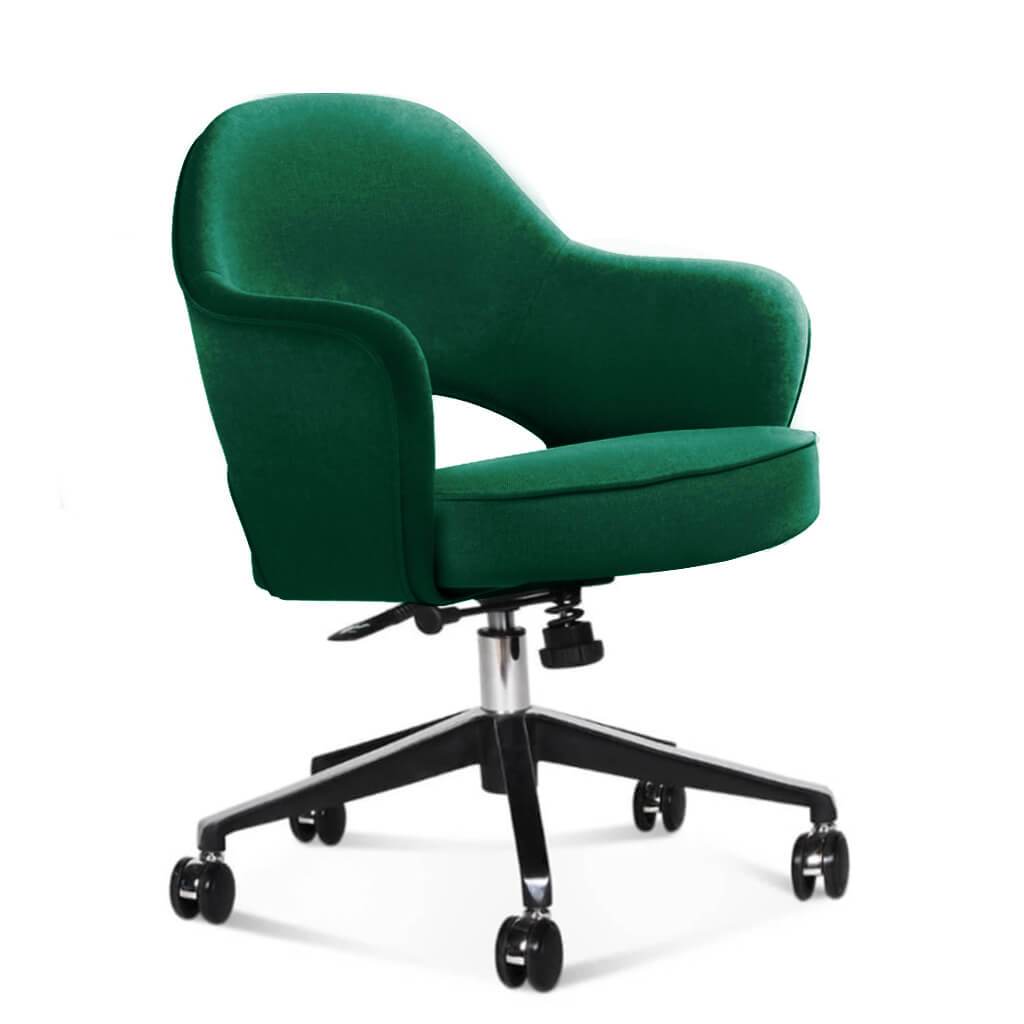 DescriptionDesignerThe Executive Armchair with Casters is supported by a five-point, pneumatic height-adjustable swiveling base with twin-wheel casters for use on carpet. The Executive was originally made of fiberglass but was later updated in polyurethane....read more 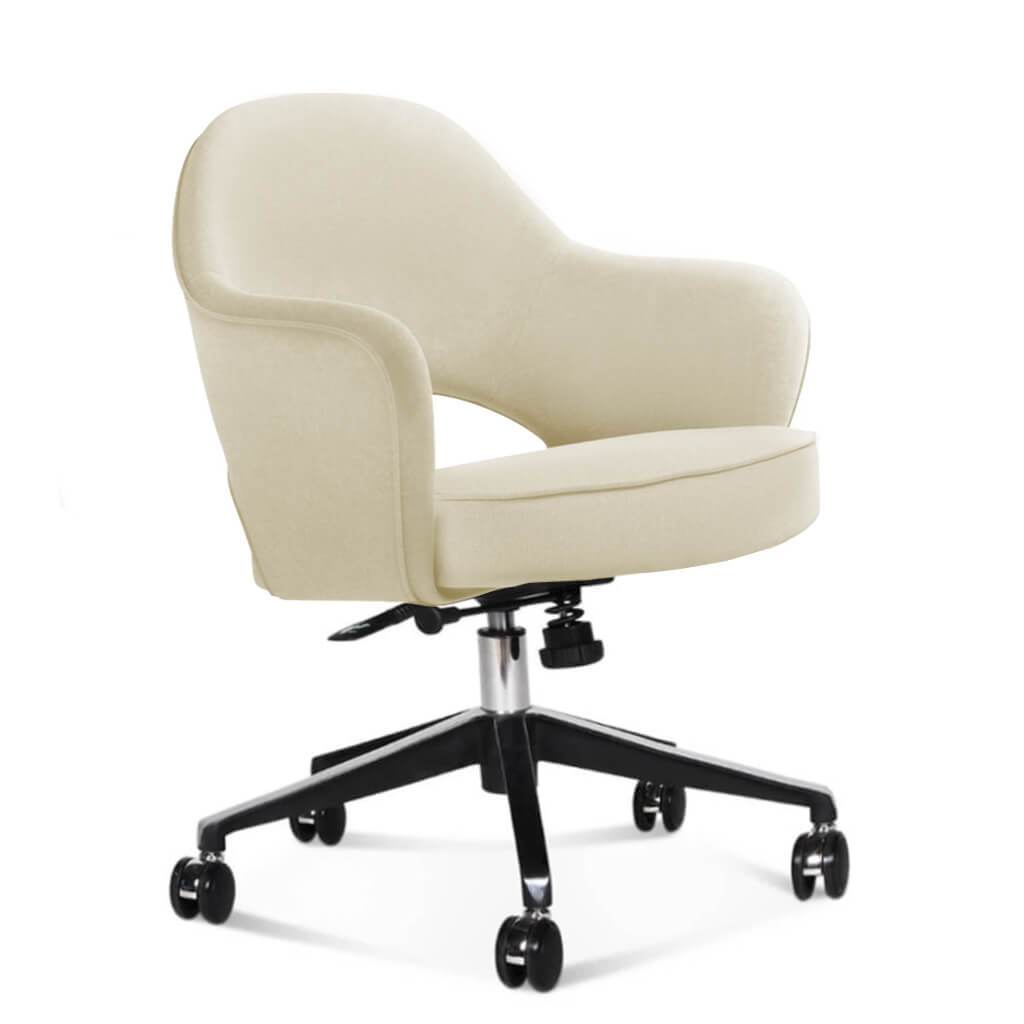 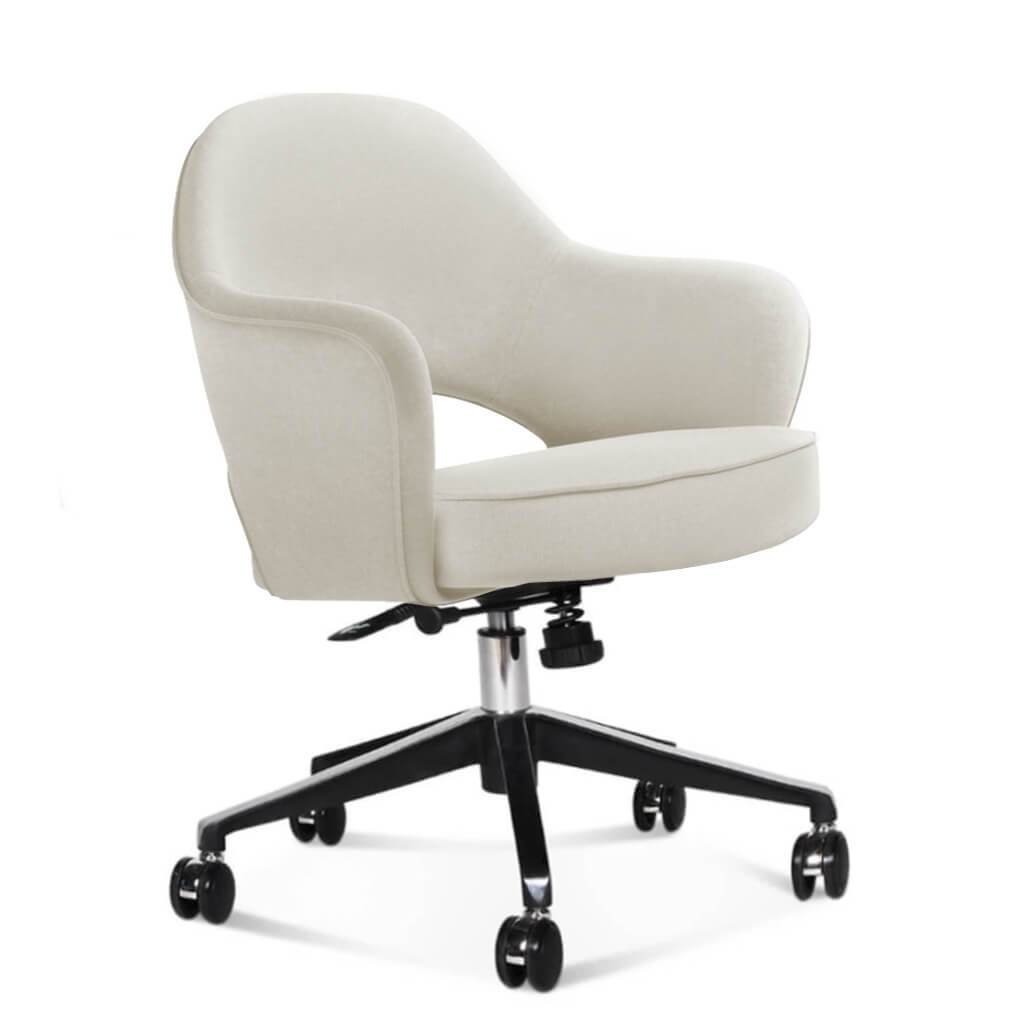 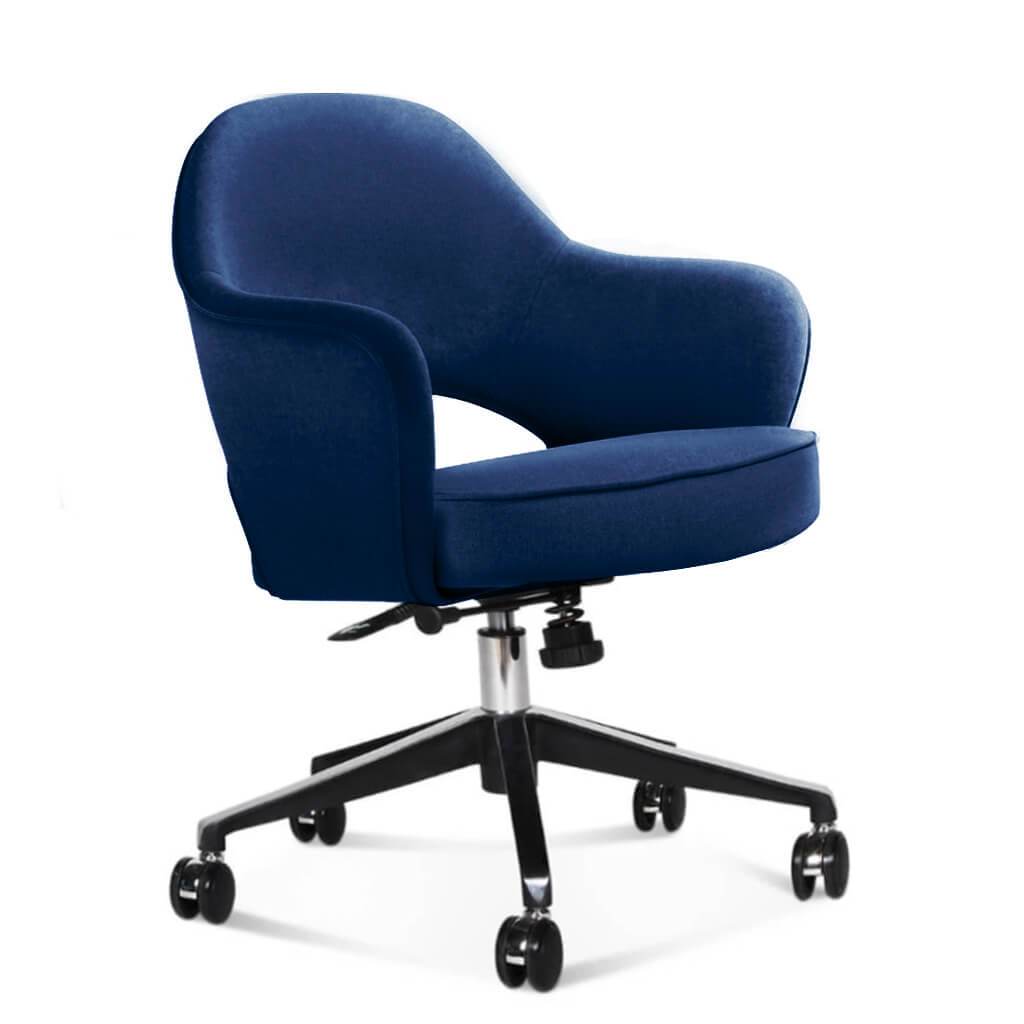 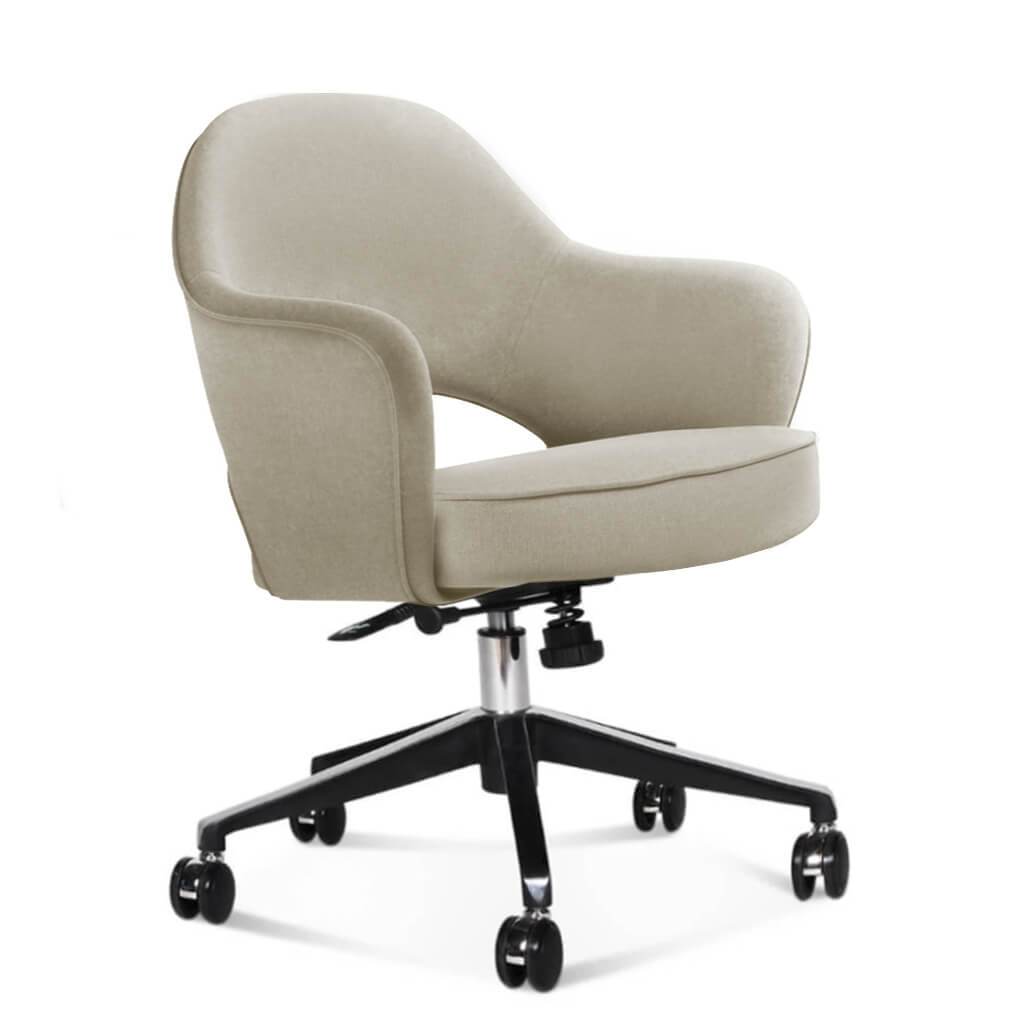 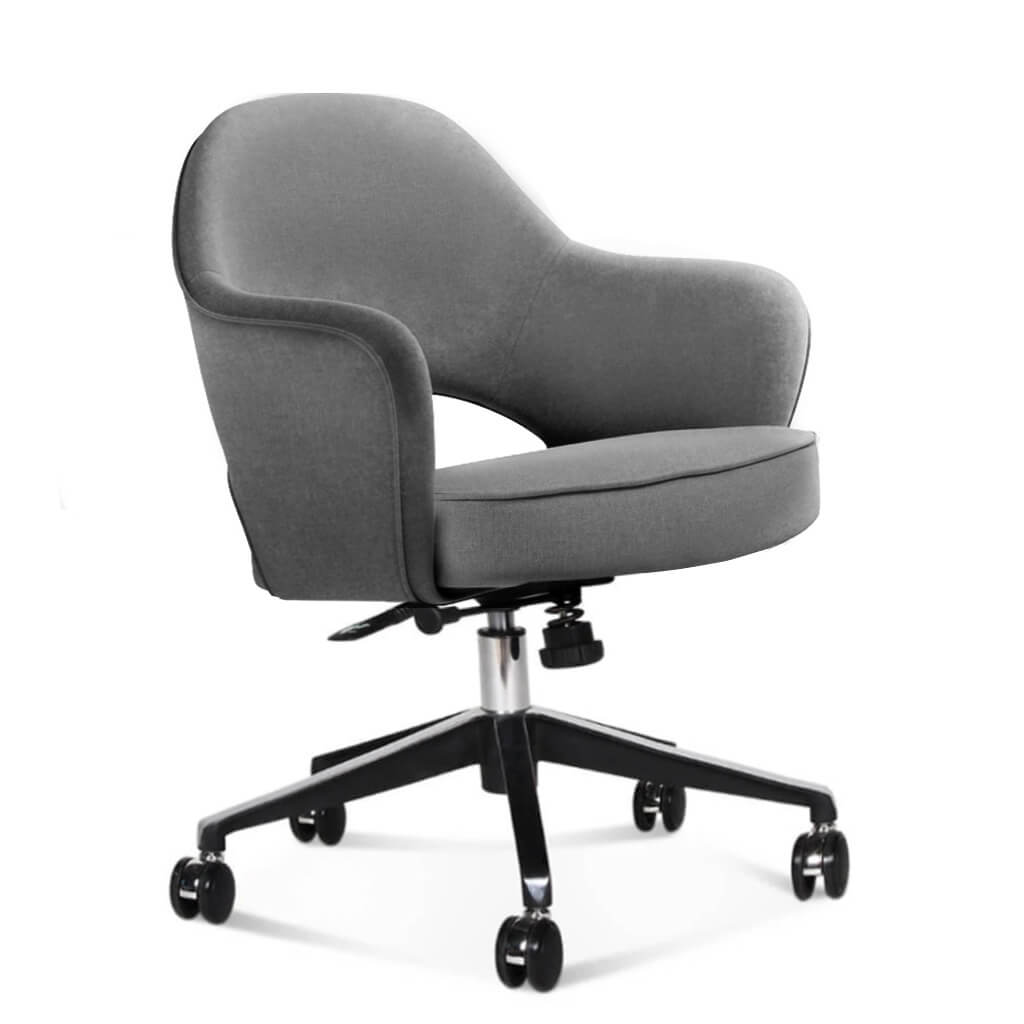 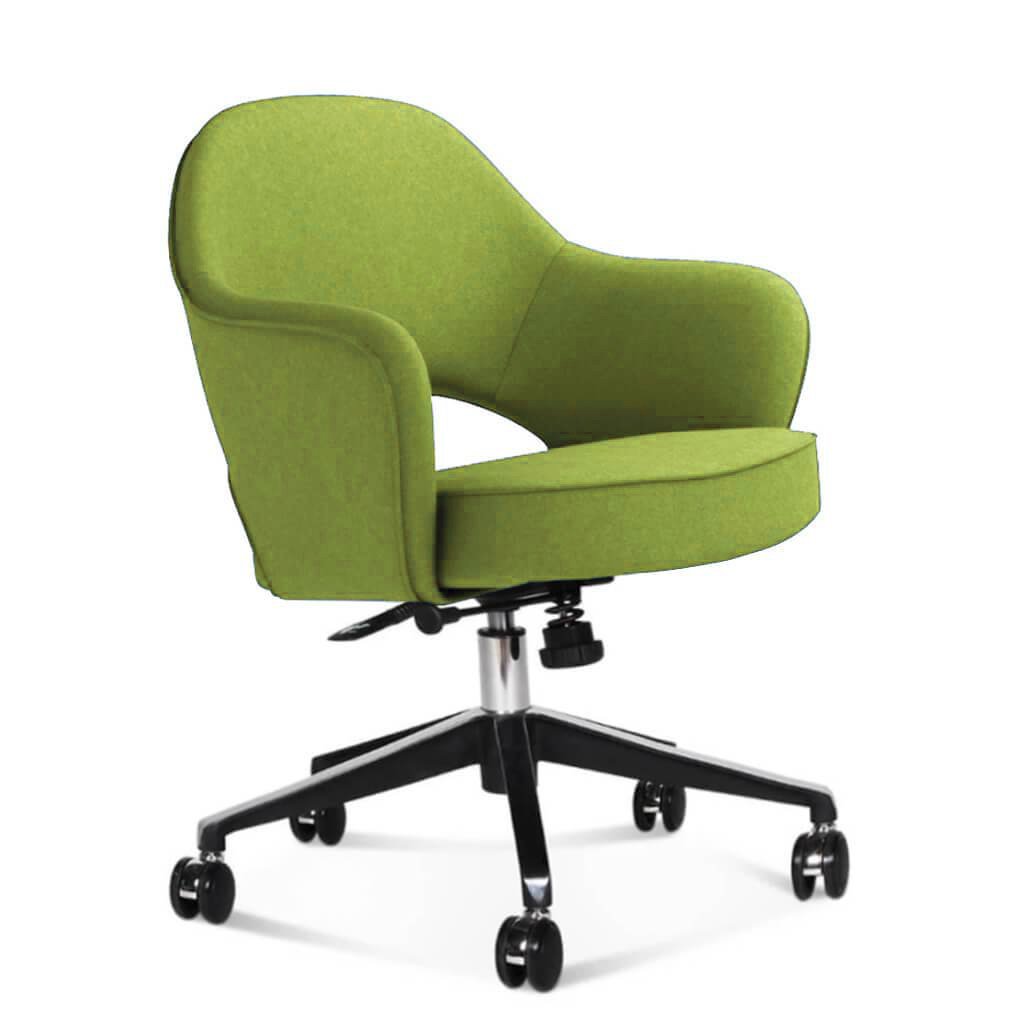 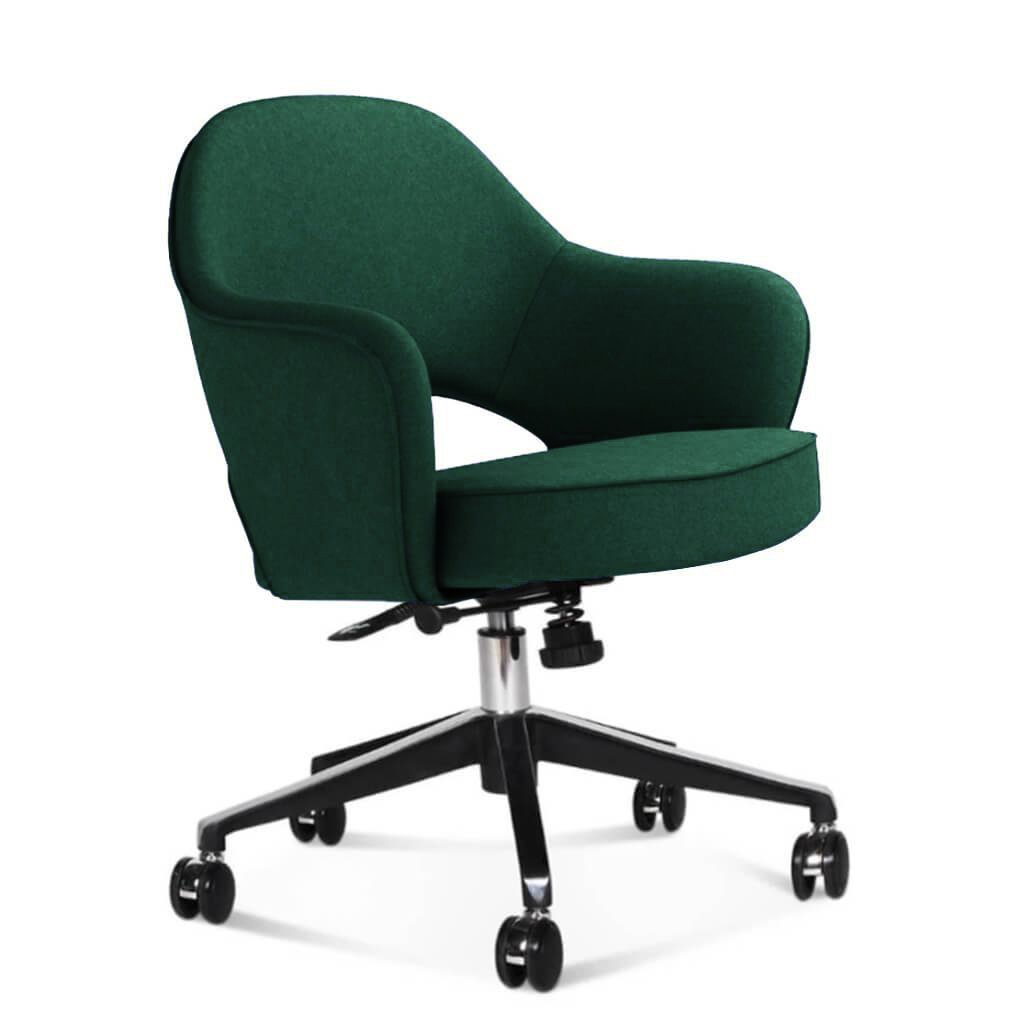 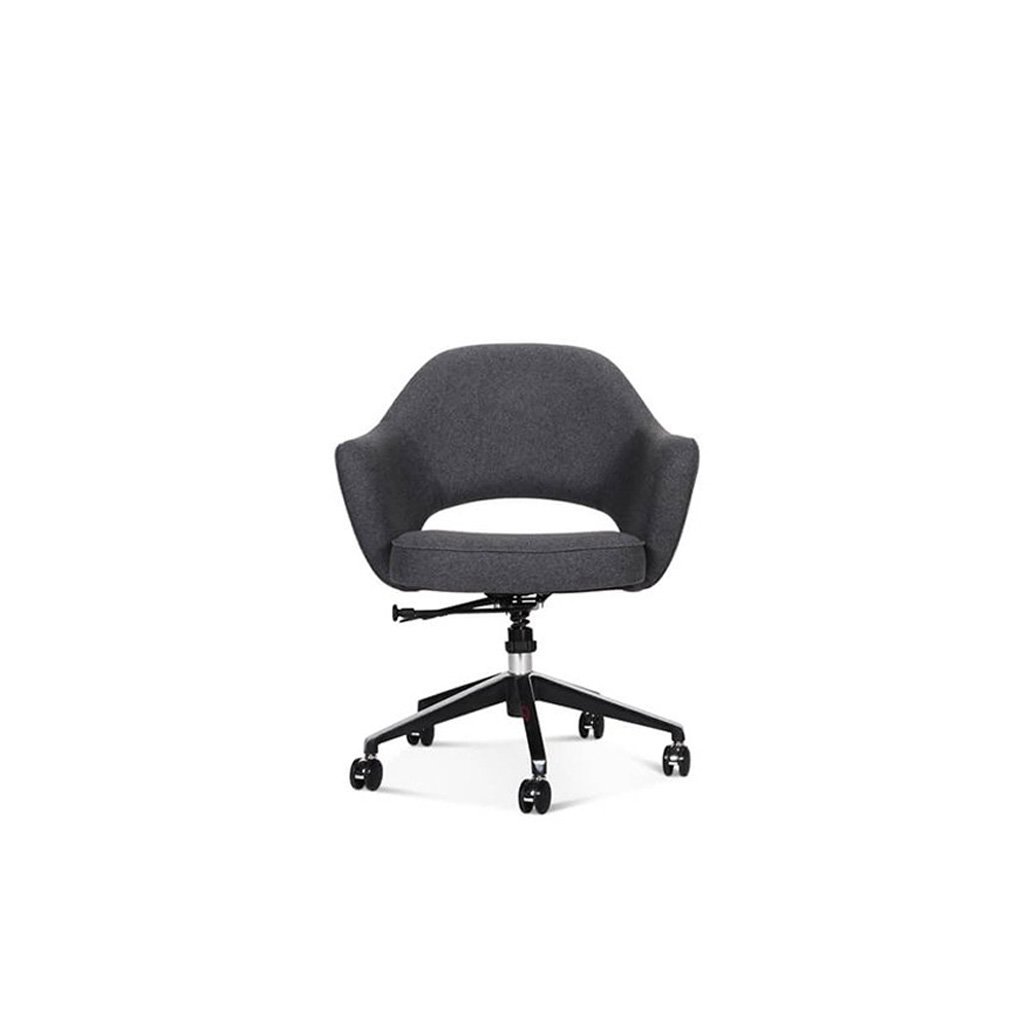 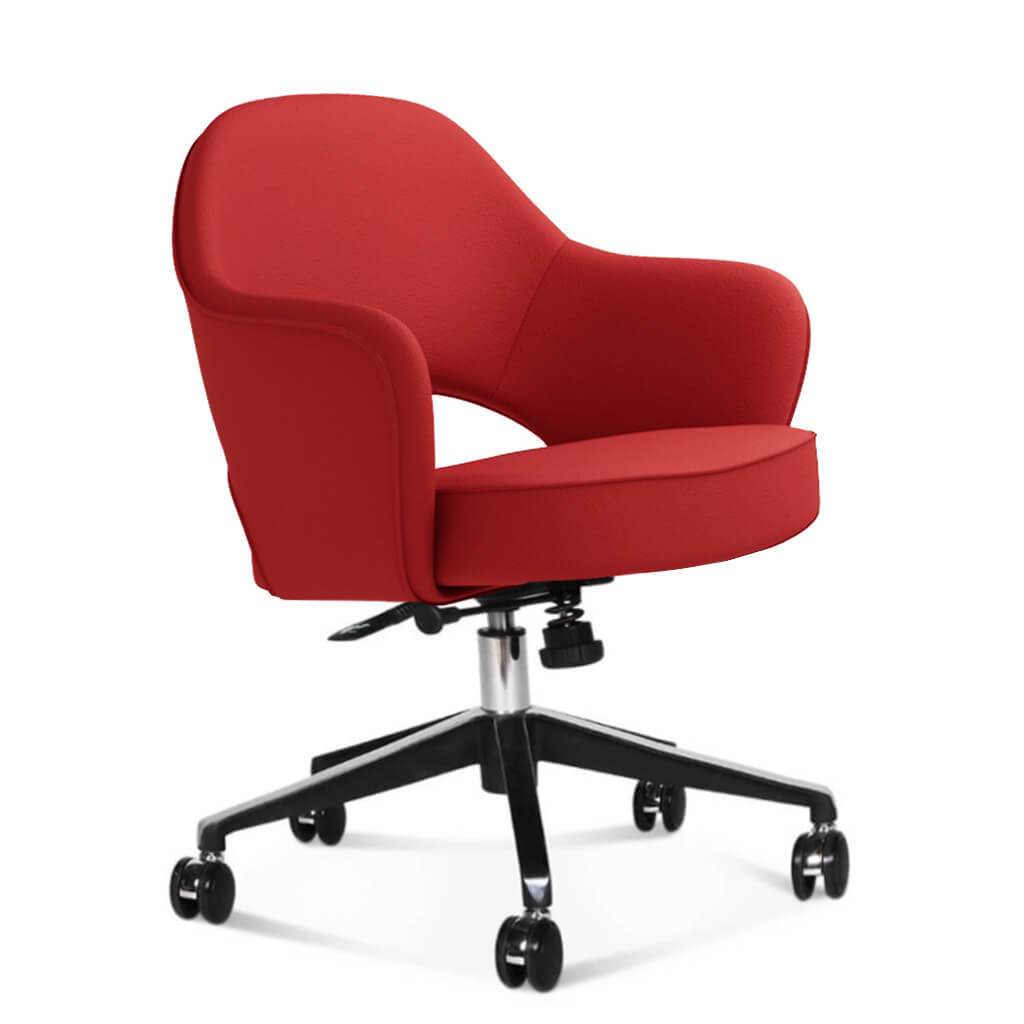 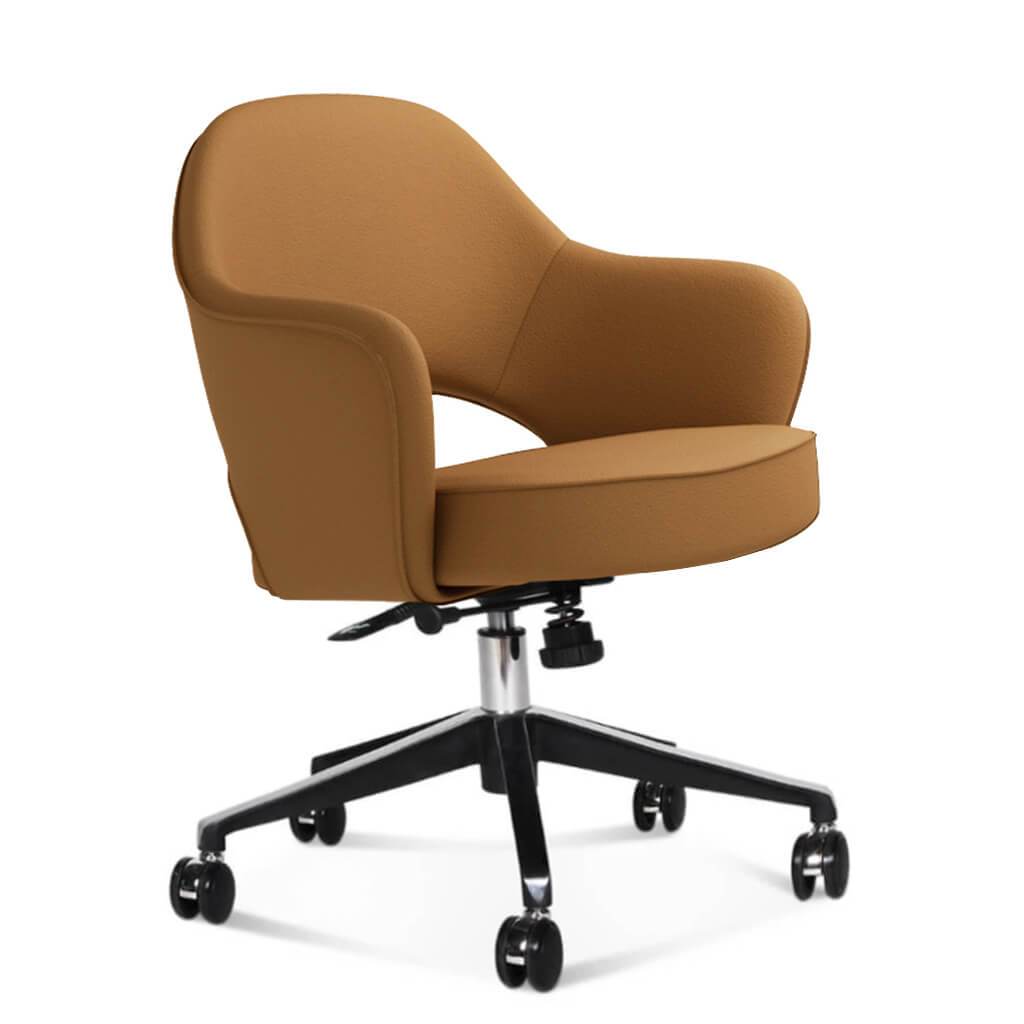 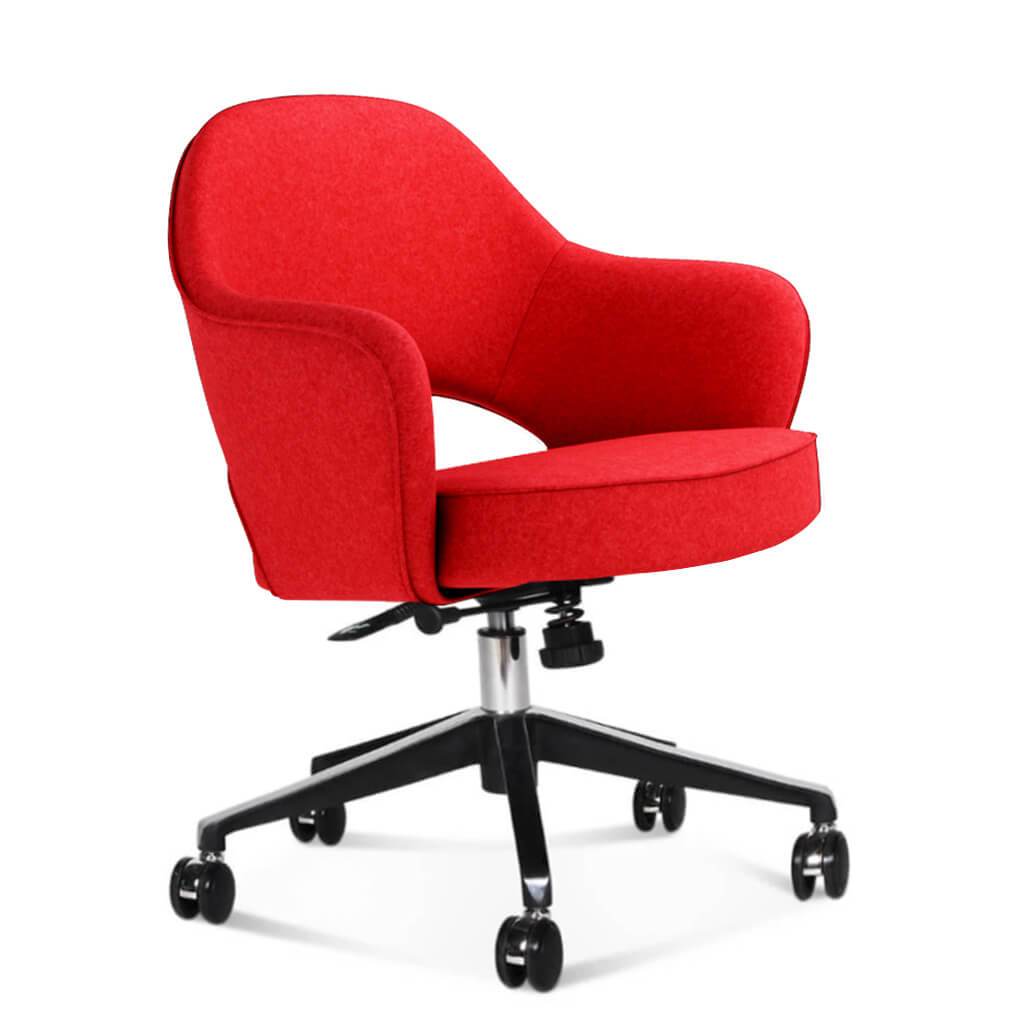 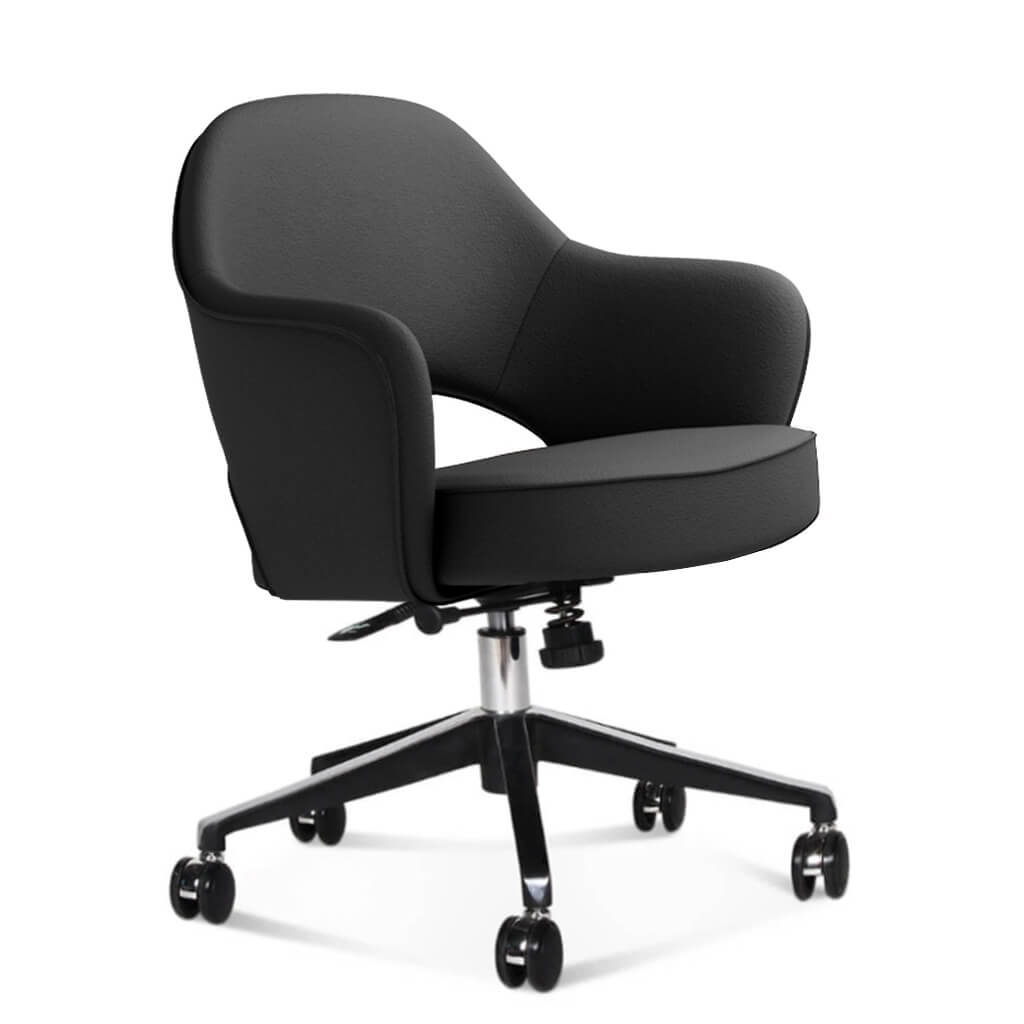 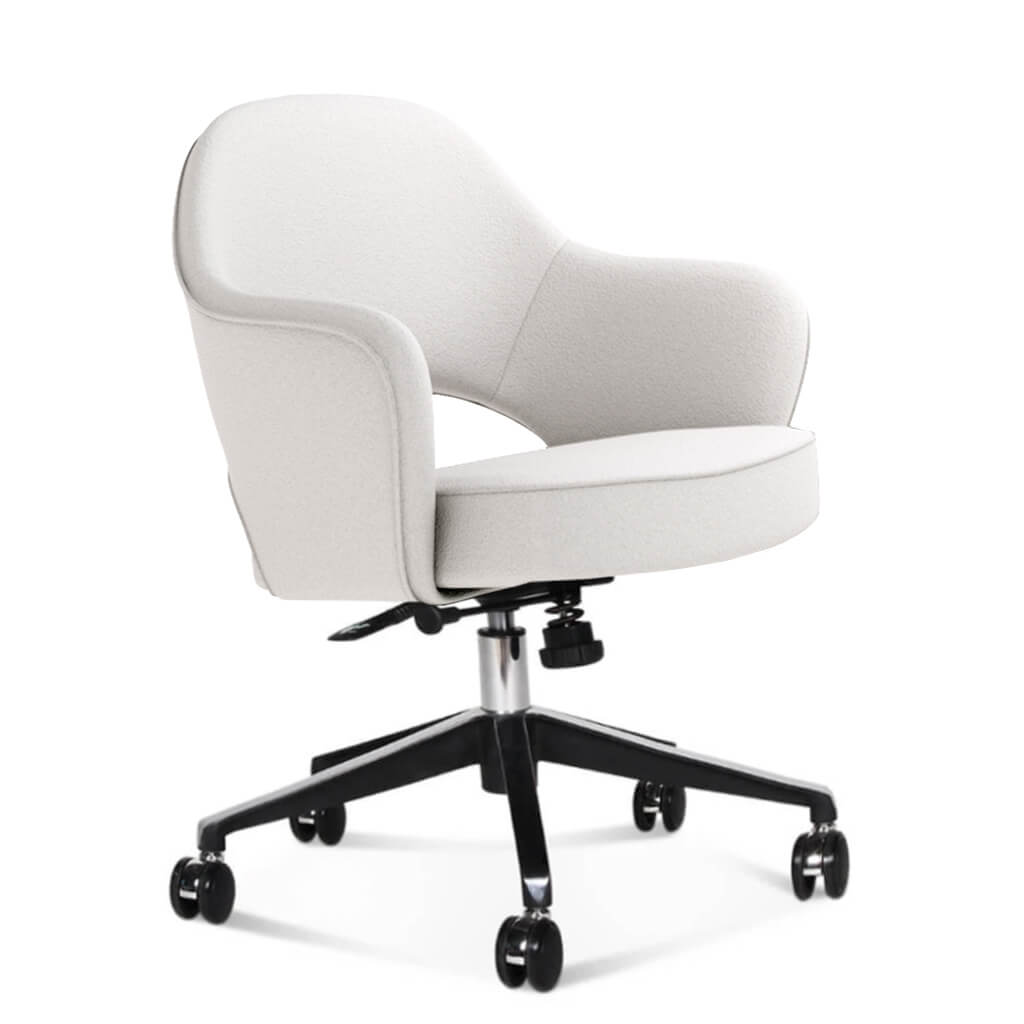 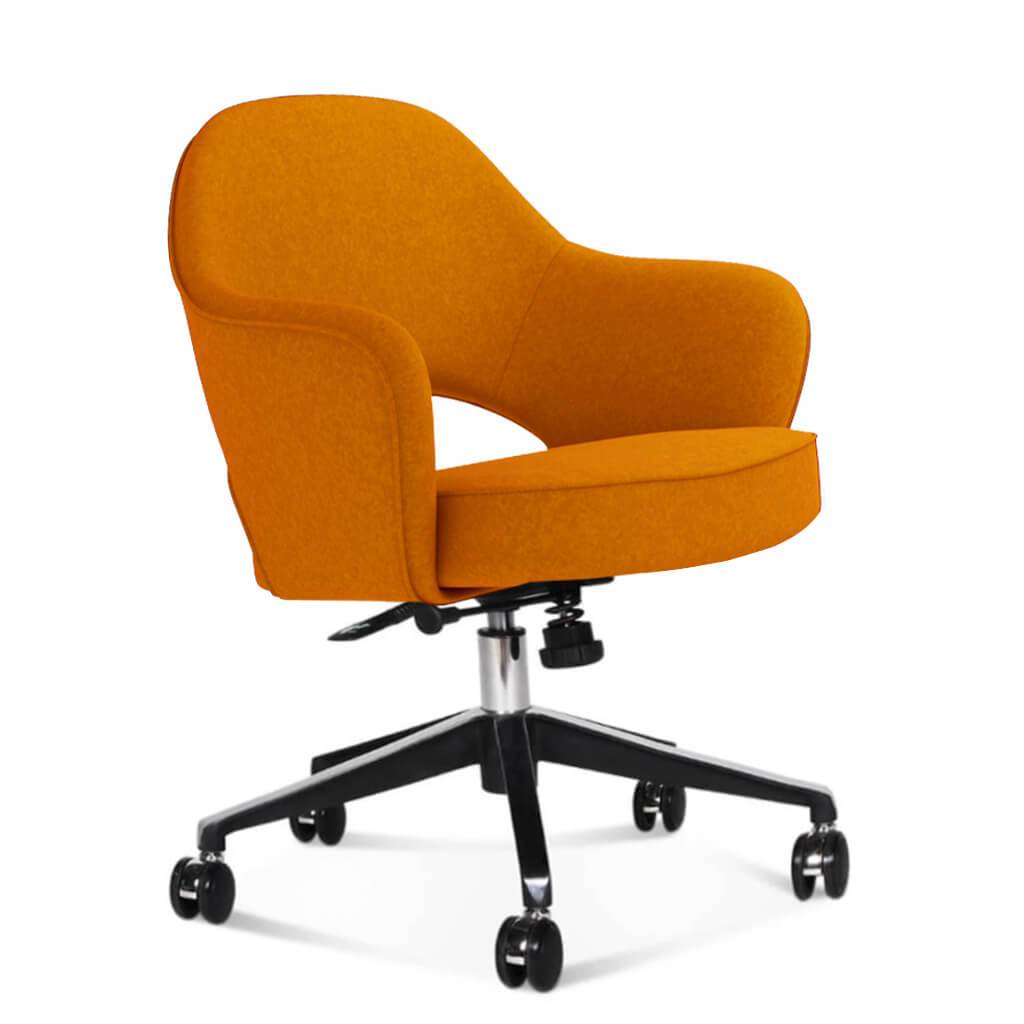 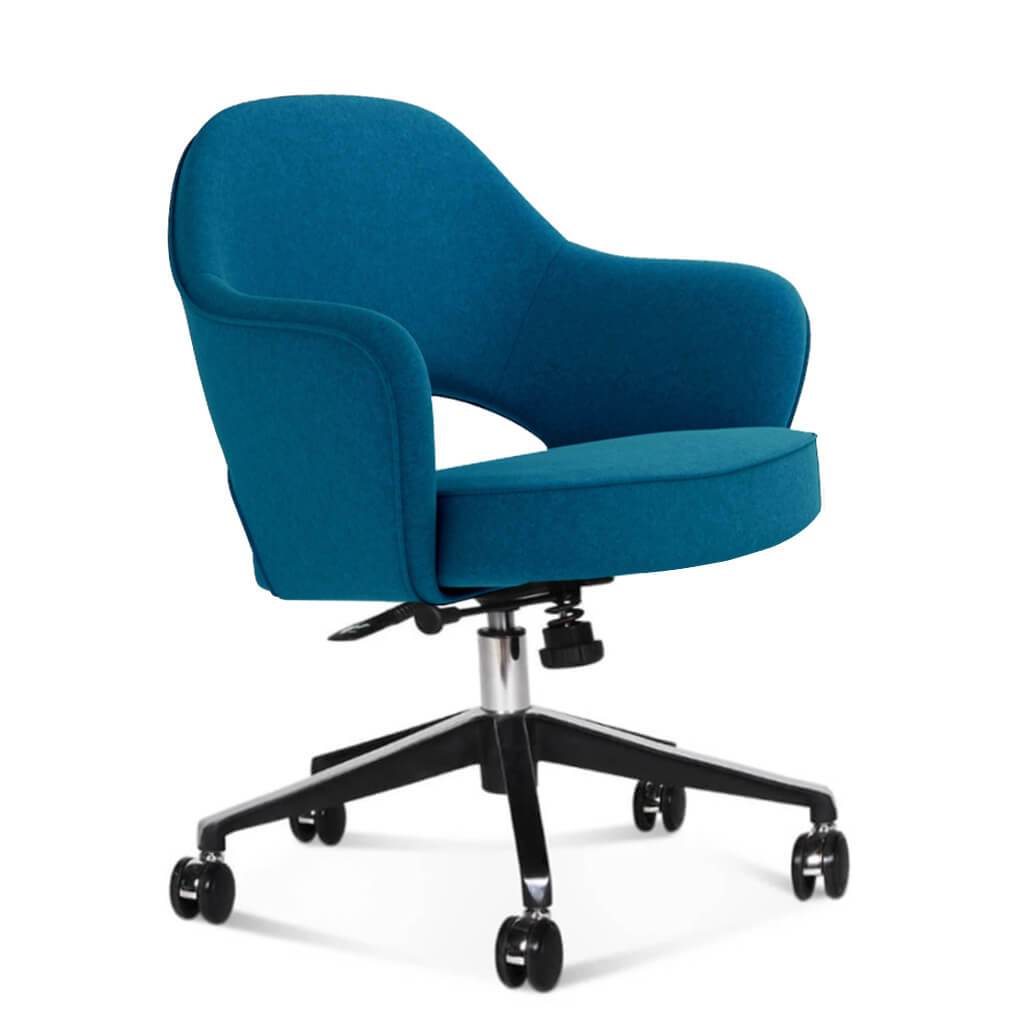 DescriptionDesignerThe Executive Armchair with Casters is supported by a five-point, pneumatic height-adjustable swiveling base with twin-wheel casters for use on carpet. The Executive was originally made of fiberglass but was later updated in polyurethane. The feel of this classic seat, however, remains unchanged, with a molded shell that flexes slightly with the sitter and a contoured plywood seat. Unlike Saarinen's furniture, which was consistently sculptural in form, these fluid lines didn't appear in his architecture until the 1950s. When looking at the dome-shaped glass wall of the Kresge Auditorium at MIT, it's not a big leap to see the same shape in the back of his Executive Chair.Material & Feature:Carpet castersHigh elasticity dacron-wrapped foam with genuine down feather layerPremium Fabric, Top Grain / Aniline Leather upholstery (C.O.M available)Adjustable seat heightTilt-swivel mechanismAll materials are Flame resistant & non-toxic (Baby friendly)Dimensions:Width: 26" x Depth: 24" x Height: 31-36.25"Seat Width: 18.9" x Depth: 18.1" x Height: 14.5-19.75"Arm Height: 20"-25.2"* All measurements are approximations, the difference within 1 inch.Eero Saarinen, the son of influential Finnish architect Eliel Saarinen and his second wife, Louise, was born on his father's 37th birthday, August 20, 1910. They emigrated to the United States of America in 1923, when Eero was thirteen.He grew up in Bloomfield Hills, Michigan, where his father was a teacher at the Cranbrook Academy of Art and he took courses in sculpture and furniture design there.Beginning in September 1929, he studied sculpture at the Acadmie de la Grande Chaumire in Paris, France. He then went on to study at the Yale School of Architecture, completing his studies in 1934. Subsequently, he toured Europe and North Africa for a year and returned for a year to his native Finland, after which he returned to Cranbrook to work for his father and teach at the academy. He became a naturalized citizen of the United States in 1940. Saarinen was recruited by Donal McLaughlin, an architectural school friend from his Yale days, to join the military service in the Office of Strategic Services (OSS). Saarinen was assigned to draw illustrations for bomb disassembly manuals and to provide designs for the Situation Room in the White House. Saarinen worked full-time for the OSS until 1944. After his father"s death in 1950, Saarinen founded his own architect"s office,"Eero Saarinen and Associates". Eero Saarinen died of a brain tumor in 1961 at the age of 51.